15 years of STOP THE TRAFFIK

Together, we have spent the last 15 years pursuing a world where people are not bought or sold. This vision has always remained the same, but our approach has evolved over time, ensuring we can create sustained, systemic change. As well as our vision, another constant has been the power of people in STOP THE TRAFFIK’s history to be activists and changemakers, making their voices heard to enact change.

STOP THE TRAFFIK was founded in 2006 with a commitment to: educate ourselves and others, advocate for the rights of those exploited, and fundraise for organisations globally that worked with those who were vulnerable to being or had been trafficked.

A new generation of activists rose up to speak out for those whose voices had been silenced, by signing and presenting a petition with 1.5 million signatures to the UN at the first ever global forum on human trafficking in Vienna, in 2008. Our statement was clear: this crime cannot and will not be ignored.

We can, and we must, grant freedom to people. We can stand up for those who have no voice and speak up for them. I stand on behalf of 1.5 million people and I say stop, stop, please, STOP THE TRAFFIK – Steve Chalke. 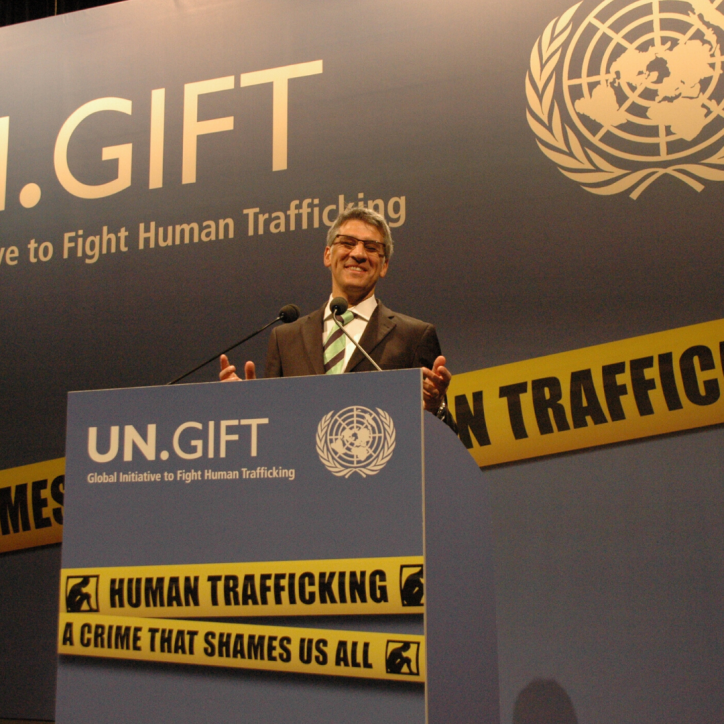 As a result of the forum, STOP THE TRAFFIK partnered with UN.GIFT and countless others around the world, to create a world where people are not bought or sold.

By bringing together individual activists on a global scale, we were able to educate, advocate and initially fundraise £1 million for four organisations working in the Anti-Trafficking sector.

As we continued to grow, we began embedding ourselves as an active presence in local communities, forming groups that were locally-led and globally networked.

Community action took on different forms depending on our spheres of influence:

From Lucy who set up a group in her school; to Jonny who was committed to getting his office to understand how exploitation played a part in the chocolate we eat; Anita walking the train platforms in Mumbai and organising a look out to save a child being exchanged for cash; to the council who committed to coordinating a city-wide campaign to stop trafficking; to Bernard who built a Facebook group; to Frank who initiated a city-wide partnership. – Ruth Dearnley 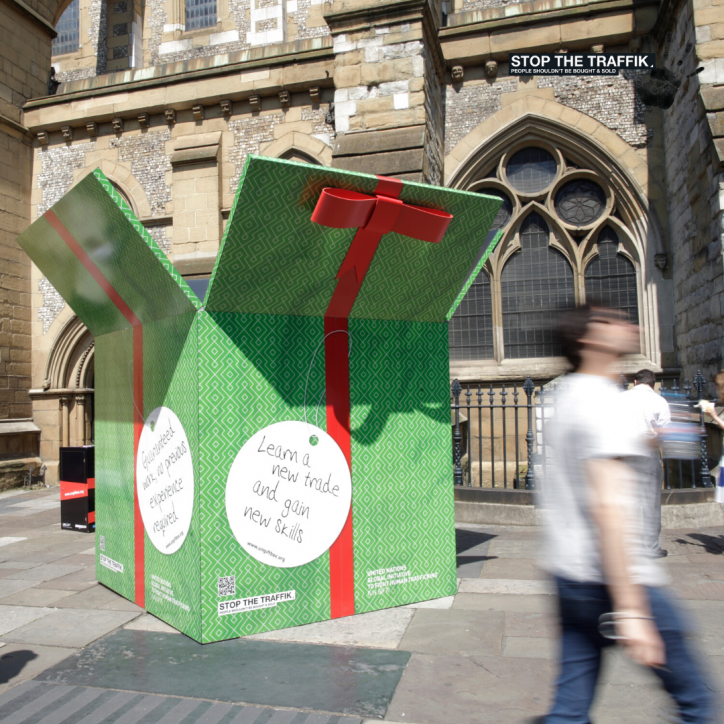 During the London 2012 Olympics, and in a number of other cities worldwide, STOP THE TRAFFIK and a huge number of dedicated volunteers hosted ‘GIFT boxes’ to raise awareness of human trafficking. We reached over 1 million people with our message.

Trafficking starts in a community on the street and will only be stopped when we meet it at street level. That is what a GIFT Box does. – Ruth Dearnley 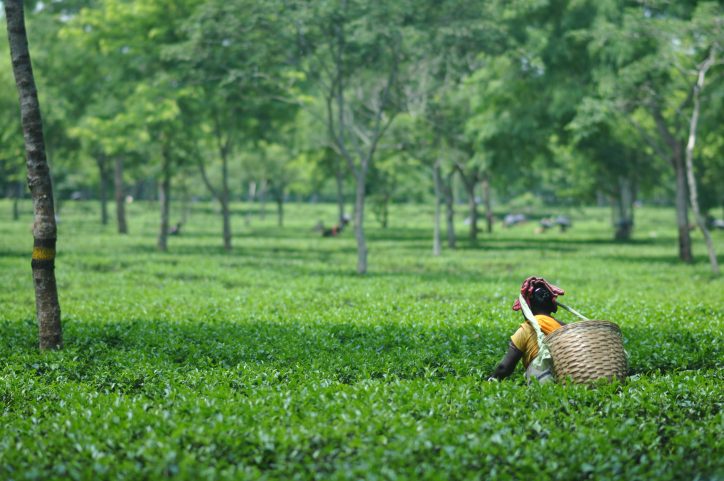 As a global network of activists, we sought to disrupt the systems and beliefs that allow trafficking to exist. It was not enough to raise awareness alone. We needed to demand industry-wide change from government and corporations. From fast fashion to tea, chocolate to hotels, in business and finance – we petitioned and demanded change.

In 2015, STOP THE TRAFFIK successfully led on lobbying for the inclusion of a supply chain amendment in the UK Modern Slavery Act 2015. Peter Talibart (Senior Partner, Seyfarth Shaw), a trustee of STOP THE TRAFFIK, provided formal expert evidence to the Parliaments of both the UK and Canada on draft modern slavery laws. His evidence was then quoted and cited in the recently passed Australian Modern Slavery Statute.

With countless voices around the world, our message has been, and continues to be heard. Many prominent businesses have embraced the issue and implemented effective prevention strategies across both their operations and their supply chains. Larger companies have cascaded the importance of preventing modern slavery/human trafficking down their supply chain to smaller companies.

Over the years, we have been able to reach millions and have had great impact globally, but we recognised there was still a long way to go. This was not the time for complacency. Systemic change on an even greater scale would only be possible if we adapted our approach, utilised technology and collaborated more with a range of diverse groups and organisations, including those in financial institutions, business, law enforcement and NGOs.

With a database holding over 67,000 instances of trafficking, a global picture of the issue began to emerge like we’d never seen before. Using this information, we could then partner with organisations in a new way to prevent people from being bought and sold through geo-targeted awareness campaigns. Overwhelmingly, this new campaign model has been proven successful. An external evaluation completed in 2019 stated that the results we had been able to achieve through our campaigns were both useful, used and appropriate to the stakeholders’ requirements. Crucial trust-building, research and pre-campaign survey work has enabled us to develop sustainable and effective responses to trafficking.

We’ve reached seven million people with our message of safety, hope and choice – and will not stop until trafficking ceases to become a reality.

Not even in our sweetest dreams could we imagine such big numbers to be reached, we never succeeded to have such a big audience.  Kristina Mišinienė, Head of Centre, KOPŽI

Now is the time

From presenting 1.5 million activist signatures to the United Nations in 2008;

to establishing community action groups all over the world;

to campaigning against exploitative industries;

to adding the power of technology to our fight.

Together, we raise our voices and say enough is enough. We are building a future free from human trafficking.

Now is the time to bring safety, hope and choice to communities everywhere. Learn how you can join us in the fight against trafficking.