Tea is a favourite around the world and in many countries, it means big business

In India, approximately 10 million people are dependent on the tea industry for their livelihood1. However, research has shown that the labour practices and working conditions on the tea plantations of Assam are fuelling unique vulnerabilities to human trafficking.

Men, women, and children are being deceived with promises of a better life and greater worker opportunities, but are ultimately being trafficked and exploited in cities across India.

Traffickers – often posing as recruitment agencies – entice people to migrate to the cities or groom parents to send their children away. They use false documents and certificates to add credibility and there is usually a small payment made to the family; this can be as little as 2000 Rupees, equivalent to only £24 / $33.

Many of those who migrate are unaware of their rights and are fully dependent on the agents who facilitate their movement. Away from their families, they are often forced to work as poorly paid labourers in factories or trafficked into sexual exploitation.

We believe that traffik-free tea is possible. Learn more by downloading the Not My Cup of Tea Report. 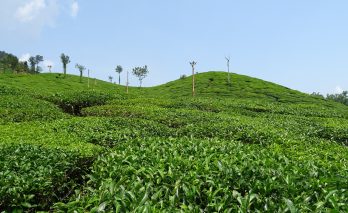 Laxmi lived on the Nahorani tea plantation in Assam. One day, Laxmi’s parents, Mangoal and Susena, were visited by a local trafficker. The next day, Laxmi was gone.

She was 12 years old when she disappeared.

“She was a very trusting person. Maybe he promised her a better job so that’s why she believed him and she went with the other girls,” says Susena.

Laxmi’s parents explained that the trafficker lived on the tea garden estate: “This is his job – to get girls from here to supply Delhi.”

Susena’s husband left without delay in a desperate search of their daughter.

“People say things, but they don’t act. My daughter is not here, my husband is not here. I have only my pain. I live with my pain only,” explains Susena.

How can you help?

Why not host your own traffik-free tea party and share Laxmi’s story? You can download the Tea Party Pack below.