All words and graphics by STOP THE TRAFFIK Volunteer Charlotte Defriez, 17 years old

It can feel like young people are often left out of the conversation around modern slavery and human trafficking (MSHT). These topics are not widely covered at school and receive limited and sometimes inaccurate coverage in the media. Some of us may not know that MSHT exists, let alone what the issue looks like today.

MSHT occurs in many different contexts. As young people, we can help to identify and prevent it happening in our community and beyond. Here’s how:

What does MSHT look like? We may have an image of the forms that exploitation takes in our minds because of what we see in the media, but limited stereotypes may leave us unable to recognise slavery when we see it or encounter it out in the world.

Did you know that it is estimated that there are 40.3 million people trapped in modern slavery today? Thus, we should all learn to spot the signs of human trafficking. 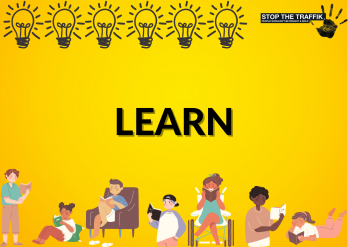 We should also try to understand how MSHT occurs in daily life. Because of its pervasive and wide reaching scope, people may not know that industries such as  fashion or beauty might be implicated in exploitation. In recent years, while some global brands have been accused of modern slavery and exploitation, many continue to deny the allegations. Clearly it is not the case that all brands use slave labour, but we, as consumers, should investigate these allegations to further inform our buying habits.

A good way to start this research is to sign up to newsletters and magazines, keep updated on statistics, and read more around current trends which might include ethical fashion or the effects of Covid-19 on human trafficking.

Once we ourselves are educated, we can teach other young people. If more people know about the scale and impact of MSHT, we can start to slowly shift attitudes. Young people can speed up this process by sharing our knowledge with others through discussion, conversation, and debate. 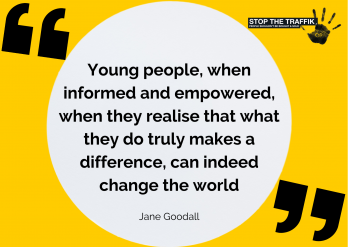 We can also use digital activism. Did you know that almost a quarter of adult social media users in the United States said that they changed their views about a social or political issue because of social media in the past year? The Black Lives Matter and environmental movements highlight the power of digital activism in expanding reach and engagement with important topics. Sharing statistics and posts will educate and engage a younger audience.

We can also spread awareness within our different educational contexts such as school, college, or university. This could be running an awareness campaign, distributing information about an industry that exploits people, inviting an expert speaker to give a talk, or advocating for modern slavery and human trafficking to be included in the curriculum. 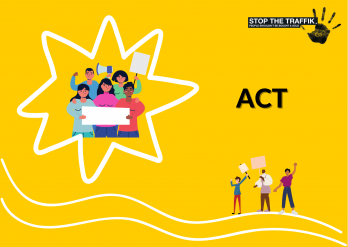 How can we act against MSHT? Although we may not all be able to carry out frontline prevention work, we can still make a difference!

We can volunteer, participate in protests, and sign petitions.

We can also set up fundraising events in schools, universities, and organisations. Organising a school to support an anti-trafficking charity is a great way to combat MSHT alongside educating others on the issue.

We can raise money for organisations that work in prevention and rescue. For example, right now, anybody can fundraise for STOP THE TRAFFIK’s 13 for 13 challenge, which encourages people to choose a challenge around the theme of 13 and have friends and family sponsor it. There might be something you have always wanted to try or learn as a long-time goal. The possibilities of fundraising are endless, and can be just as worthwhile for you as for the organisation you’re raising money for!

Through learning, educating, and acting, we can play a part and make a difference in the movement to combat MSHT. Though it sometimes feels like we are only able to make a limited amount of change as young people, we should remember that small contributions can make a huge difference in the long term. By acting now, we bring about change sooner and look to a future with better awareness and prevention of modern slavery and human trafficking.