Children in care: At risk of trafficking

In the UK, children and young people are being targeted by traffickers. Evidence gives us insight that children in care are increasingly at high risk of exploitation. Together, we can all play a part in ensuring all children are protected from human trafficking.

Children in care in the UK

In the UK, children in care can be living with foster parents or in a residential children’s home. There are many reasons why children and young people enter care. Parents may agree to the decision, if they feel it is best for the child (e.g parents may experiencing ill health and feel unable to provide stability.) In other circumstances, children’s services may have intervened because the child was at significant risk of harm. Children in care can also be unaccompanied asylum-seekers, or survivors of human trafficking with no responsible adult to care for them.

Children in care come from different backgrounds and all have a unique story to tell. However, research shows that their experiences before and during care make them a particularly vulnerable group of young people often with complex emotional and mental health needs. Traffickers see vulnerability as an opportunity for exploitation and financial profit.

Children trafficked into the UK

The most common source countries for children and young people trafficked into the UK are Vietnam, Albania, Romania, along with many others. Often families from disadvantaged backgrounds want their children to have a better life. They are deceived by traffickers who offer promises of education and employment opportunities for their children. Children and young people are tricked or forced to leave their homes. They are bought and sold across countries and continents. Children are trafficked into the UK for: labour exploitation (e.g agriculture and factory work), forced criminality (begging, theft, cannabis farms, moving drugs), domestic servitude, or for sexual exploitation. Unaccompanied asylum-seeking children who have fled persecution in their home country are also targeted by traffickers, who exploit them on route or when they arrive in the UK.

These children experience abuse and neglect. If identified by the authorities, they enter the UK care system. They are often traumatised by what they have experienced, have no documentation and lack understanding of the language. This can leave them feeling isolated, and highly vulnerable to further trafficking.

The ‘Still in Harm’s Way’ report by UK charities, ECPAT UK and Missing People, reported that 1 in 6 trafficked and unaccompanied children in care are reported missing in the UK. Children who go missing are in danger of experiencing physical abuse, grooming and sexual exploitation. The reasons why they go missing may include: a lack of trust in authorities or carers, the continuing control of a trafficker or exploiter, a lack of appropriate accommodation, uncertain immigration status or a fear of deportation.

We do hear of cases where children who go missing from care return to their traffickers. One young person explained that their reason for returning to their trafficker was because ‘it is better the devil you know’. Traffickers often pose as a parental figure and play an endearing role, preying on the vulnerable children’s need for affection. This psychological bond needs to be broken with the proper support and attention from the care system, to prevent the victims returning to their violators.

It might surprise people that British children in the care system are being trafficked within the UK. Many children in care are especially vulnerable to County Lines, a term used when drug gangs exploit children and vulnerable people to sell drugs to smaller towns across the UK. Last year, the BBC reported that organised groups are targeting children in care, some as young as 12, in towns and cities many miles from home. Gangs target the most vulnerable young people. They offer them promises of friendship and sometimes love. They groom them, gaining their trust over time, often by giving them expensive gifts, before forcing them to deal drugs to pay back the ‘debt’ that they have incurred. Intimidation tactics make it very difficult for young people to say no, particularly when they are threatened.

Further action needed to prevent trafficking of children in care

Debbie Jones is the co-founder and CEO of Voices From Care Cymru, an organisation that aims to improve the lives of care experienced children and young people across Wales.

Debbie told us “evidence suggests that the vulnerability of care experienced children and young people is significantly higher than their peers and are subsequently more likely to be targeted by traffickers.” Debbie told us that police, communities groups, carers and guardians must remain vigilant to this rising problem and strengthen communication procedures that put care experienced children and young people “at the heart of services.”

Over the organisation’s 25 year history, Debbie has listened to young people share their thoughts and experiences. She told us “care experienced young people tell us how important it is to have someone they trust, can open up to and someone who understands them. This is vital for those most at risk of exploitation.”

Robyn Phillips is the Modern Slavery and Exploitation Partnerships and Community Coordinator at STOP THE TRAFFIK and works across London Boroughs of Westminster, Hammersmith and Fulham, and Kensington and Chelsea. Robyn has listed signs for teachers, carers, guardians and friends to look out for to spot a child who might be at risk of trafficking.

Alternatively, you can report your concern via 101 and clearly state that you believe the child is a victim of child trafficking.

For more information, read our collaboration with Lumos ‘Cracks in the System’ here.

County Lines – How we can help protect children from exploitation 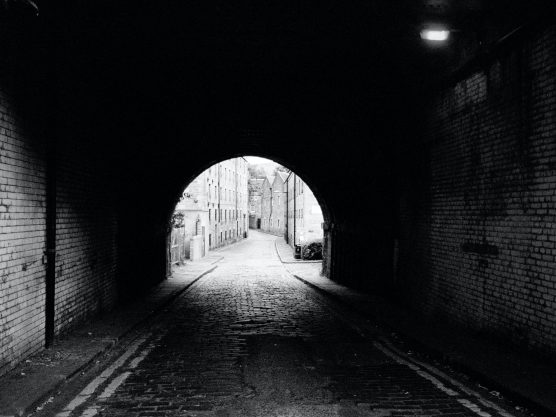 Volunteering with STOP THE TRAFFIK as an Urdu Translator

Have you read our latest edition of STOP THE TRAFFIK newsletter?

We have so many exciting updates to share with you!

Sign up now to keep yourself updated about all the exciting work we do to prevent human trafficking here: https://t.co/HBc4q2fP97

Scraping means balancing rights - even in an anti-human-trafficing context, they are other human rights to consider, like an individual's right to privacy.
You can choose what to retain, e.g. STT try to anonymise before retaining scraped data