In June 2022, we launched an awareness raising leaflet campaign in Greece, which marks our first collaborative campaign with Western Union. In this phase leaflets were distributed in selected Western Union offices across the country, targeting four regions (Attica, Macedonia, Peloponnese, Epirus).

As part of our Aman Safety project at STOP THE TRAFFIK, we aim to raise awareness about human trafficking sharing safety information with refugees and asylum seekers as they seek safety in Europe. The project, thus far, has focused on sharing information with target populations by running geo-targeted social media campaigns via Facebook and Instagram. However, this model relies on the target audience having access to smartphones and to the internet.

Through our campaign with Western Union, we are expanding our reach beyond only social media users and instead ensure we reach refugees and asylum seekers without access to phones and social media. Our leaflets in Arabic, Urdu, Farsi, Bengali and French include information about the different types of exploitation, tips and advice on how to stay safe, along with the contact details of support organizations in Greece.

Western Union have created a page featuring the safety information detailed in the leaflet on their own platform, which you can view here. 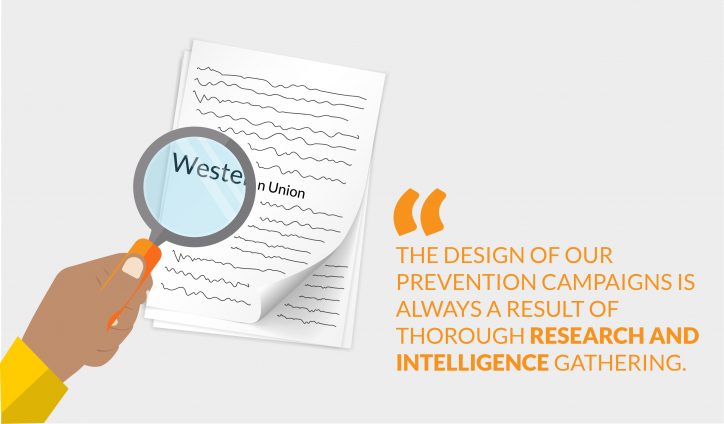 The design of our prevention campaigns is always a result of thorough research and intelligence gathering. We understand that refugees and asylum seekers tend to frequently use services like the ones provided by Western Union, in order to send and receive money from abroad while seeking safety in Greece. Thus, STOP THE TRAFFIK has built a relationship with Western Union who understand the importance of safety information reaching refugees and asylum seekers using their services. Similarly, our team conducted research to identify Western Union offices in locations where refugees and asylum seekers reside, work or gather. This will increase the chance of our leaflets reaching the target population. We also identified areas where there had been previous reports of recruitment and exploitation. These areas include urban areas as well as rural areas, where exploitation has the potential to occur within the agriculture sector. By providing information about how to spot the signs of exploitation and where to seek legitimate support, we are detecting risk, engaging communities and preventing trafficking. 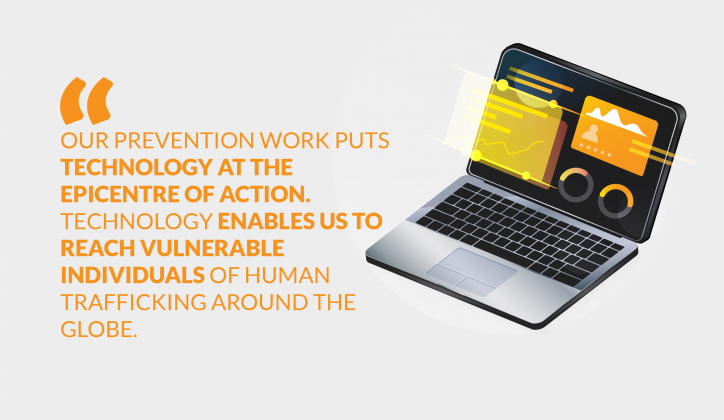 Our prevention work puts technology at the epicentre of action. Technology enables us to reach vulnerable individuals of human trafficking around the globe.

Whilst this campaign aimed to reach people who might not be able to access the internet, we also predicted that some people who would view the leaflets would have smartphones. Consequently, we included a QR code in the leaflets. By scanning this QR code using their mobile phone, users will be directed to a website, in multiple languages with more detailed information about the risks of human trafficking and advice on how to stay safe. 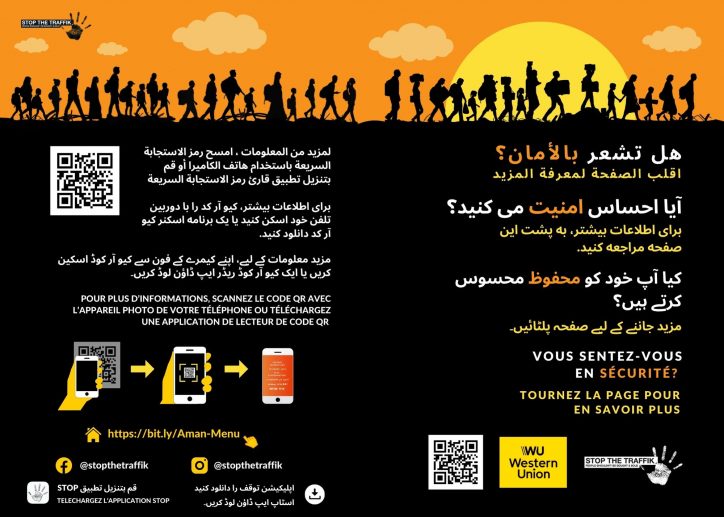 As in all our campaigns, our partners play a huge part in our work. Our leaflet campaign in Greece could not have happened without our collaboration with the local NGO METADRASI, the anti-human trafficking NGO ‘’A21 Greece” who run the 1109 anti trafficking hotline, as well as the Greek Ministry of Migration and Asylum, whose contact details were listed in the leaflets and the website for those in need of support. Without the support of organisations on the ground, our trafficking prevention programmes would not be possible.

Together we are creating a world where people aren’t bought and sold.