Has the Modern Slavery Act been successful?

The success of the Modern Slavery Act is a relevant topic in the media at the moment given that the Independent Review of the Modern Slavery Act has published its final report and that Theresa May is lobbying for it to remain on the public agenda after she leaves. In particular, commentators have been discussing if Section 54 of the Act, which requires companies operating in the UK who have over £36 million in revenue to publish a modern slavery statement annually, has actually had an impact on businesses behaviour.

Part of our work at STOP THE TRAFFIK is to support and advise companies who take the issue of modern slavery and human trafficking seriously and want to ensure that they not only comply with the Act but ensure they follow best practice. Given our close relationship with businesses responding to the Act’s requirements, we’ve observed first-hand the impact and shortcomings of Section 54.

Firstly, it’s clear that many prominent companies have embraced the issue and implemented effective prevention strategies across both their own operations and their supply chains. We’ve witnessed companies promoting a culture of awareness and changing procedures to limit their modern slavery risk. However, typically they’ve been companies that are already leaders in social responsibility. For example, many leaders in modern slavery prevention were the initial leaders on environmental sustainability when it first became a business issue.

Secondly, these larger companies have cascaded the importance of preventing modern slavery down their supply chain to smaller companies which might not meet the £36 million threshold. This cascading effect was how the system was designed to operate so it’s reassuring to see it working. STOP THE TRAFFIK has come across SMEs from a range of sectors who are already complying with best practice prevention as they’ve been required to by several of their major clients.

Together these two successes have led to improvements in key high-risk sectors which has only been attained due to cooperation between major brands. For example, hospitality companies have worked effectively together to reduce their internal risk and have even contributed to positive changes in their supply sectors, such as commercial laundries.

The problem with market-based regulation

However, it’s important to remain realistic as there are also serious shortcomings of the Act’s ability to change businesses behaviour. This major flaw with Section 54 is the fact that it relies on market-based regulation rather than an enforcement body investigating and punishing non-compliance. The Act assumes that by requiring companies to publish modern slavery statements, investors and consumers will be able to hold them to account. Unfortunately, there are realities which undermine the strategy in practice.

Firstly, consumers might not have the time nor knowledge to be able to make informed decisions about purchasing from ethical companies. Although many consumers do want to do the right thing, it can be very difficult to actually know which companies are upholding the standards consumers expect. A lack of trust in ethical certifications has further exacerbated this problem. Additionally, to this, the strategy also assumes that investors will only invest in companies which are complying with the act, but this isn’t a given truth. Some investments funds are improving their due diligence prior to investing, but overall the improvements are few and far between. The returns on investments still consistently outweigh any modern slavery considerations. 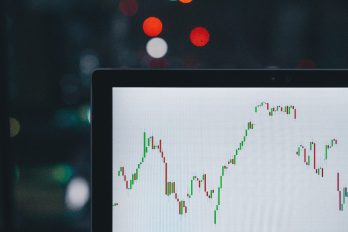 Secondly, not all companies can be swayed by public opinion. Only companies which have a well-known brand and rely on a positive consumer reputation will be susceptible to consumers calling for improved modern slavery prevention. For companies which aren’t public facing or never had an ‘ethical culture’, consumers’ demands for change will have little weight in their decision-making process. This explains why the market leaders have carried the issue forwards whilst many companies sit on the side lines.

Since the Modern Slavery Act was adopted in the UK a range of countries have introduced their own legislation on the matter. Many of these have identified the shortcomings of the UK’s model and so have been able to create more effective legislation. This shows the shortcomings can be resolved.

STOP THE TRAFFIK welcomes the recommendations made by the Independent Review of the Modern Slavery Act, and are hopeful they could address several of the shortcomings. However, these crucial recommendations will only remain recommendations rather than actions if the UK Government does not adopt them. With Brexit engulfing British politics and with Theresa May, the main sponsor of the Act, resigning, there’s a worry that the report’s recommendations will be shelved.

How STOP THE TRAFFIK supports businesses

We offer bespoke solutions to companies in the UK who want to address the issue, enabling them to mitigate their modern slavery risk and comply with the Act, protect their brand image and reputation, and establish themselves as ethical market leaders. We provide them with an overview of their modern slavery exposure, tools and support to implement best practice mitigation, and long-term partnership.