This#SpotTheSignsPuzzle follows the story of Chris, a homeless man trafficked into forced labour. Each puzzle piece represents a sign of human trafficking and pieced together they form an overall picture. Read his story below and see if you would spot the signs.

Opportunity outside a soup kitchen

Chris was homeless and desperate, when he was approached outside a soup kitchen by a stranger with an offer he couldn’t refuse. The man explained that he owned a small-scale, friendly family-run construction company that was looking to recruit a new labourer. He didn’t have to be qualified, didn’t need any experience, or even an address. The best thing about it was that Chris would be paid £80 a day as well as receiving shelter and food. This was it, the chance he had been looking for to escape the bottomless trap he had fallen into when he was evicted from his house 7 years ago. It was perfect. 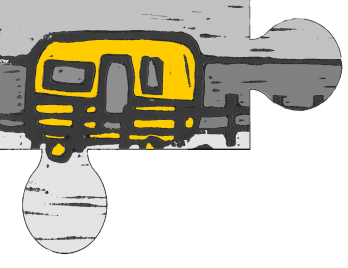 When Chris arrived at his new ‘home’ he was shown a shared and dirty converted caravan. There was no kitchen and no toilet – forcing him to use newspaper as toilet paper in nearby fields – and no shower, so occasionally the workers would be forced to strip and be hosed down with freezing water. 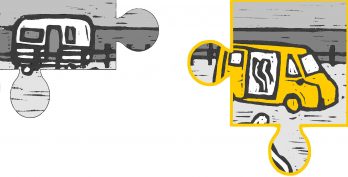 He quickly got to know the 9 other men that worked for the family. Some were alcoholics, some had mental health issues and some couldn’t speak English – but they all had one thing in common: they had been recruited from the streets. Chris’ new routine began. The 10 men would be picked up from a nearby petrol station at 5:30 every morning and driven to a construction site in a heavy silence. 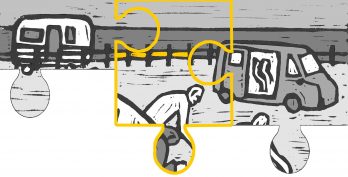 Piling out of the van upon arrival, the men would get to work, closely guarded by a member of the family. Chris quickly picked up the rules: 5 minutes for a meagre lunch, no other breaks and always look busy. 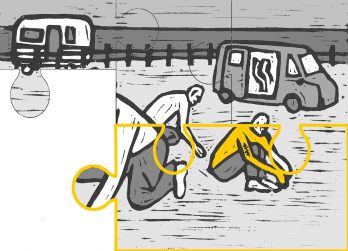 Anybody who strayed too far from their task would receive a vicious beating with a broom, or maybe a belt, later that evening. You couldn’t get away that easily. 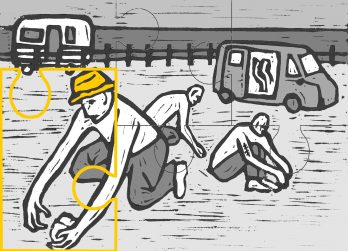 The work was hard. They had to dig driveways by hand, without machinery, gloves or helmets – there was a complete disregard for health and safety.

After their day at the construction site was over, there was no rest waiting for the men at home. They were immediately forced to start work on chores and tasks around the family’s homes – cleaning, looking after pets, even emptying buckets used as toilets. They worked for up to 19 hours a day but were paid nothing.

It was when Chris was speaking to a fellow worker, who revealed that he had been held there for over 2 decades, that he decided to leave. Others were held captive by debt, as well as physical and emotional abuse but Chris didn’t care anymore. He had to get out.

It was just after he jumped the fence and began running through the fields, propelled by desperation and panic, when he was caught, beaten and knocked out.

There really was no escape.

Chris’ story is not uncommon: vulnerable people lured in with false promises and trapped into a dire, exploitative situation. Recognising the signs of human trafficking is essential in disrupting these crimes.

SPOT IT. REPORT IT. STOP IT.