Today, STOP THE TRAFFIK celebrates World Refugee Day by launching our first report on our Aman Safety Campaign presenting its work for 2021.

Aman Safety is a ground-breaking program that aims to raise awareness and prevent human trafficking. The campaign will ensure vital information reaches refugees and asylum seekers from Syria, Afghanistan, Iraq, Iran, Bangladesh, Pakistan, and the Democratic Republic of the Congo whilst they travel and seek safety in countries such as Greece and Turkey.

The report titled ‘Seeking Sanctuary in Greece’, highlights the continued need for accessible information on trafficking and signposted support for vulnerable young people travelling through Europe. The focus of the campaign, which ran throughout 2021, was to provide young people experiencing displacement with information about exploitation, how to keep safe and details for organisations that can provide help and support. The campaign aimed to make young people less trusting of individuals who make often false promises and place more trust in NGOs working on the ground that can provide help and support.

Using Meta advertising credits, the campaign provided targeted messaging through creative content to the target audience. It ran in five languages, Arabic, Farsi, Urdu, Bengali and French. The adverts ran across all of Greece and in certain towns identified in Turkey where young people are awaiting travel to Greece. The campaign consisted of a video and landing page with relevant safety information. The social media posts appeared as adverts on the Facebook/Instagram social media timelines of the target audience. The ‘learn more’ button featured on the post directed the young person to a landing page with further information. This landing page provided useful information, including how to spot the signs, trafficking risks, how to stay safe and contact details for NGOs that can provide support.

Asylum seekers seeking refuge in Greece are extremely vulnerable, especially unaccompanied minors. Through our surveys, answered by refugees and asylum seekers, we found that: 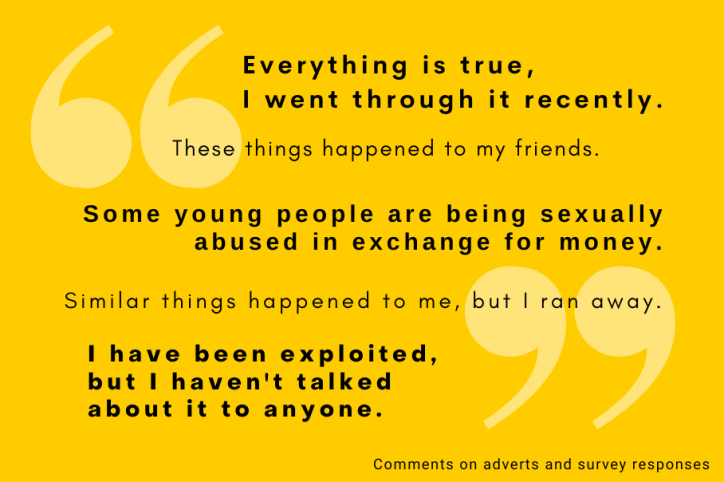 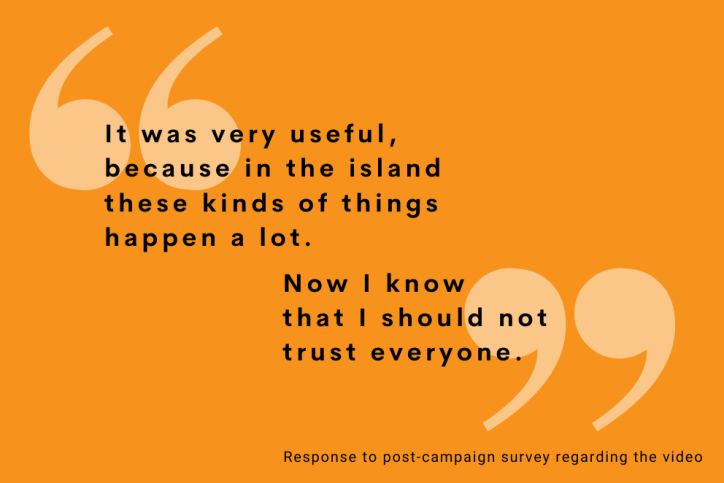 Running this campaign, we were contacted by many young people who saw our campaign and reached out to us. We helped them receive the needed support and be safe from exploitation.

One of them was a young person from Afghanistan who saw the campaign. He lived in a closed camp in Lesbos. He feared deportation and was told he had to pay for a lawyer. He was considering selling his organs out of desperation for money to pay the lawyer.

We advised him of the dangerous situation he was considering and the potential risks. We assured him that he was entitled to legal aid. We connected him to an organisation that could provide shelter and free legal support. 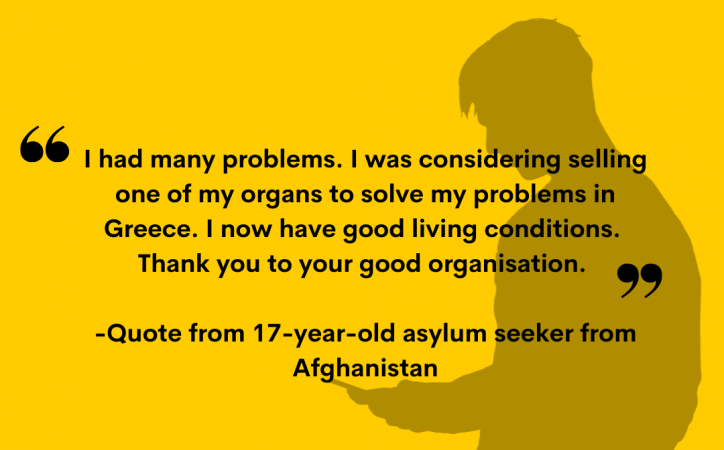 He was recently granted his asylum, so no longer faces the threat of deportation. He is attending school and currently learning English and Greek language.  Thanks to the support he has received, he is no longer considering putting himself in high-risk situations.

You can view the campaign materials below:

Please note the landing page is designed to be viewed on a smartphone, as the target audience accessed this information via their phones. 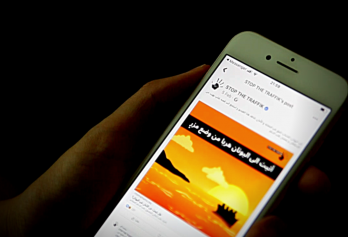 You can find our report here: