Supporting garment workers: making the change for an ethical future

The scale of the issue

In the last ten years or so, as we have seen a dramatic shift in consumer habits and shopping has moved from the high street to the internet – demand for clothing has skyrocketed.

While this has made affordable, fashionable clothing more accessible, it has opened up a highly competitive market, driven by a large, invisible workforce. And, as the industry has evolved to deliver goods quickly and flexibly, the potential for this workforce to be exploited has increased. 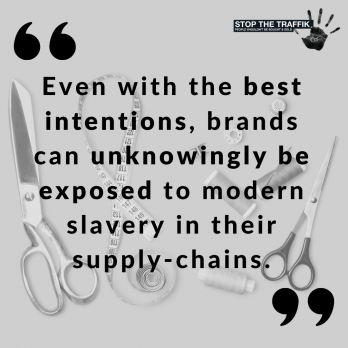 A 2016 report found that of 71 leading retailers in the UK, “77% believed there was a likelihood of slavery occurring at some stage in their supply chains.” [Hult Research in Partnership with Ethical Trading Initiative, 2016] This alarming statistic reveals the challenges of effectively managing a large and complex workforce – and that addressing the issue, no matter how well intending the brand, is not a straightforward practice. Even with the best intentions, brands can unknowingly be exposed to modern slavery through their complex supply-chains. With fast-fashion so entrenched in our global purchasing habits, consumer demand can indirectly lead to corporate responsibility being either avoided or missed.

But things don’t have to be this way. This year, we’ve had several stark reminders that modern slavery is not so far removed from our daily lives. Lockdown brought the issue of garment-worker exploitation back into the public eye, with indignation over failure to pay wages for cancelled orders making front-page headlines. Garment workers in Leicester were revealed to be being paid less than the national minimum wage, working long hours in deplorable conditions, often without PPE. Movements like #PayUp gained traction, pushing certain brands to honour their financial obligations. Some companies chose to distance themselves from selling partners known to exploit their workers.  And while many of us have triumphed in these small wins, corporations should not be praised for simply honouring their contracts or cutting ties with bad suppliers. True change is a commitment to liveable wages and social protection for workers, absolute transparency at every step of the supply-chain – and a move to humanise a workforce that is too often rendered invisible.

STOP THE TRAFFIK has been working to shine a light on the exploitation of garment workers for a number of years, with an awareness campaign targeted at garment workers in Leicester in 2017, and a successful collaboration with Fashion Revolution in 2019. We continue to partner with businesses, providing bespoke consultancy services that enable businesses to understand and manage their modern slavery risk. While we’re yet to work directly with a fashion brand, this is something we’d like to do in the future. This year, we’ve released several blog posts calling for greater transparency in fashion, supported the #PayUp movement and advised our supporters on how they can become more conscious consumers. All of this has culminated in our Christmas 2020 Campaign, which we’re delighted to announce involves a collaboration with No Sweat, a UK based, grassroots organisation lobbying for the fair pay of garment workers.

Founded in 2000 as a campaign against sweatshop labour, No Sweat puts class issues and worker’s rights at the centre of the debate. Engaged in numerous activism projects over the years, they’ve regularly protested in solidarity with workers fighting against their exploitation. By taking vocal action outside the flagship stores of companies known to exploit their workers, No Sweat has helped to build solidarity in the anti-sweatshop movement, bringing recognition of the issue to the UK high street. 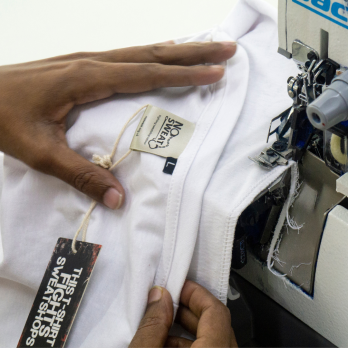 Now, working in partnership with the survivors of the Rana Plaza factory disaster, they’ve got their own ethical t-shirt production company, with all wholesale profits from the shirts going directly into worker’s wages, and the continued movement to fund worker’s rights globally.

STOP THE TRAFFIK is thrilled to be working with such a like-minded organisation, and proud to make a stand against garment worker exploitation with its merchandise. Supporting companies like No Sweat is just one way we as consumers can show larger brands that there’s earnest demand for clothing that’s produced fairly. Aligning our spending habits to our ethics is one of the most powerful ways of instigating change.

To find out more about how you can become a more ethical consumer, why not read our blog. 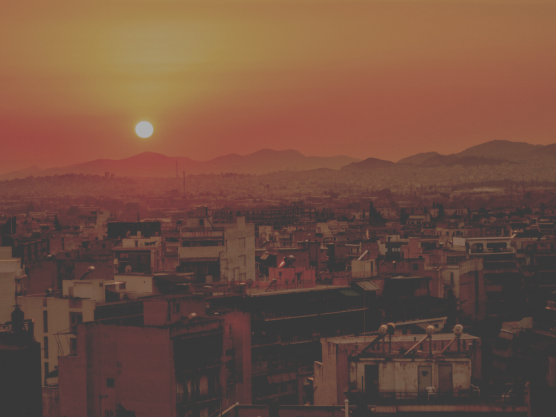 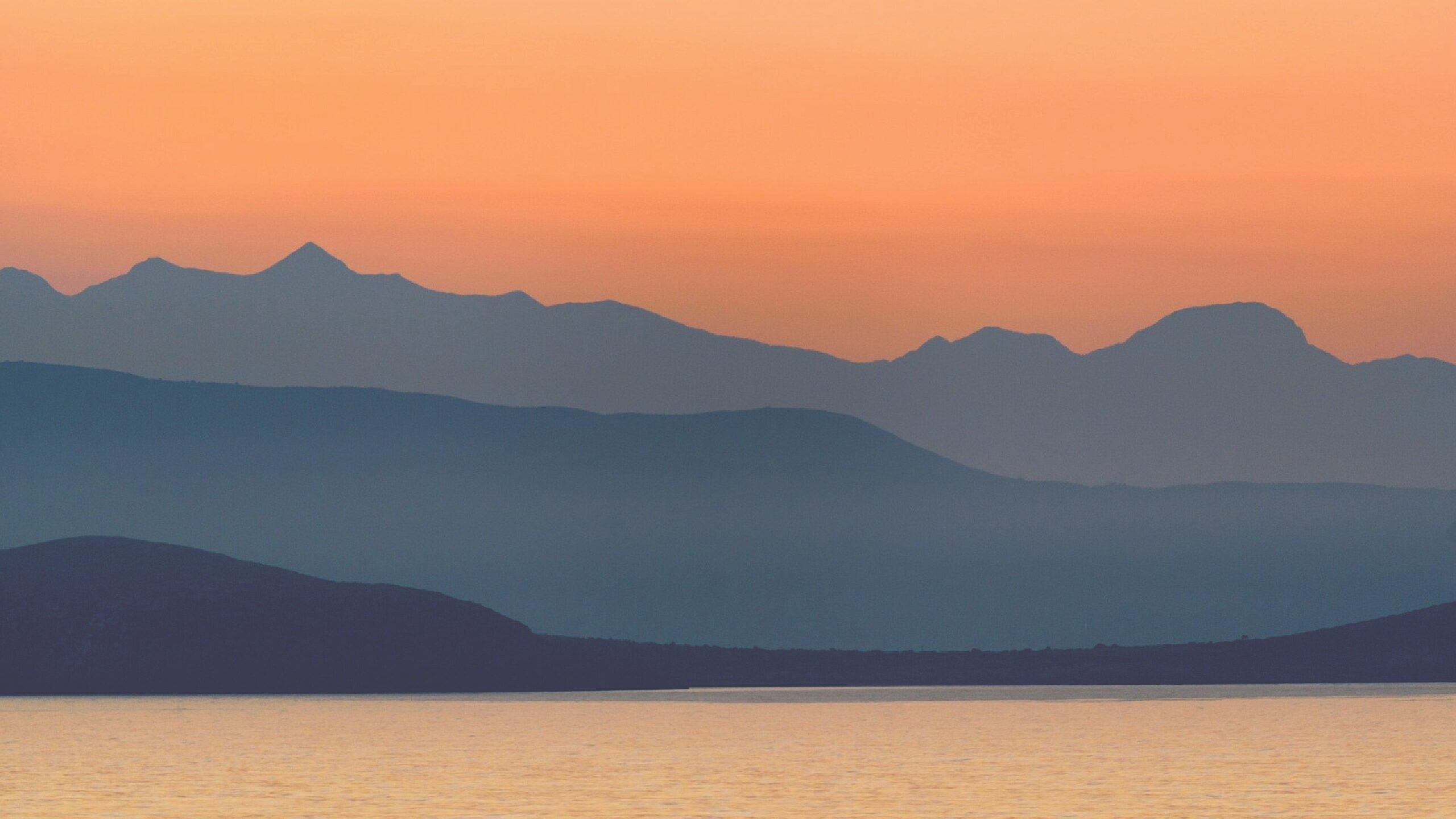 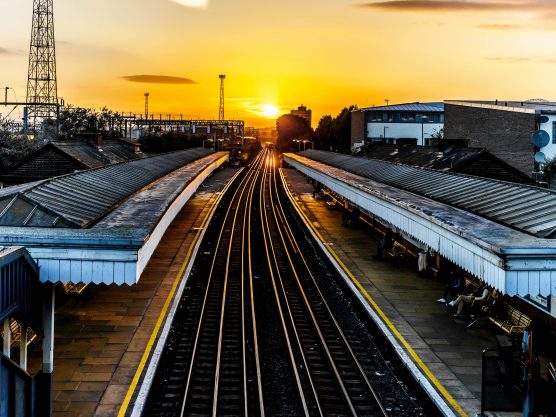 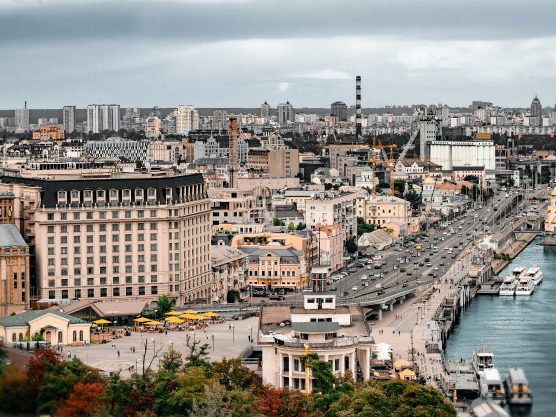