Together Against Trafficking: Building Resilience in the Bay Area

The San Francisco Bay Area in California, USA is a domestic and international human trafficking hotspot. Ruth Dearnley is CEO of STOP THE TRAFFIK. She describes why the Bay Area presents a unique opportunity for efforts to prevent human trafficking:

The Bay Area holds the pioneering spirit for the creation and delivery of technology that is changing the world.

The mobile in our hand is presently a tool for traffickers and we are committed to turning it into a tool for freedom.”

On 10 October, guests from a variety of organisations joined STOP THE TRAFFIK at Grace Cathedral, San Francisco for Together Against Trafficking: Building Resilience in the Bay Area.

The event brought together representatives from justice and law enforcement, business, finance, technology, government and non-profits. Attendees explored how locally-led, globally-connected action can create change. The unique ability within the Bay Area – the home of digital innovation – can make this change a reality. Above all, it was a fantastic opportunity to share and explore the unique role each organisation has to play in the solution. By harnessing the power of people and technology, we will stop human trafficking. Furthermore, she did. In addition, he didn’t.

Betty Ann Hagenau from the Bay Area Anti-Trafficking Coalition coordinated a session between NGOs from the Bay Area to begin the event Together Against Trafficking. STOP THE TRAFFIK are very grateful to Betty Ann for her hard work and support. Turnout was fantastic; over 30 local NGOs doing diverse work within the community took part. The session enabled sharing of information and challenges between the organisations. The information shared will allow STOP THE TRAFFIK to embed our work into existing projects. The County Alameda District Attorney’s Office and Government of San Francisco have committed to working with STOP THE TRAFFIK in 2018. 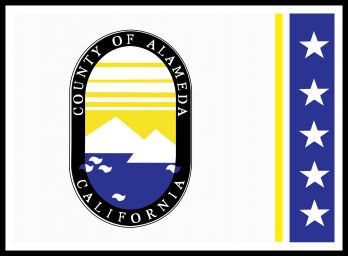 Nancy O’Malley, Alameda County District Attorney opened the event with her key note speech. DA O’Malley is a nationally recognised expert in human exploitation and trafficking. During her time in office she has led the statewide charge in response to human trafficking. In 2010, DA O’Malley launched the HEAT Watch Program. This is a multi-disciplinary model to guide and unite prosecutors, police, service providers and communities in the fight against human trafficking. STOP THE TRAFFIK were delighted to welcome DA O’Malley and her wealth of expertise to the event. We are excited to work side by side with her team in the new year.

The Centre for Intelligence-Led Prevention

Next on stage was Director of the Centre for Intelligence-Led Prevention (the CfILP) Neil Giles, explaining the CfILP’s pioneering work. It was developed in close partnership with technology leaders and intelligence specialists. It collects and analyses vast quantities of data and builds intelligence on human trafficking hotspots on a global scale. This intelligence informs STOP THE TRAFFIK’s targeted social media campaigns. At the event, Neil shared  results from STOP THE TRAFFIK’s recent campaign along the well-known trafficking route from Nigeria to Italy via Libya. Eager to know more? Keep an eye on our blog for a spotlight on the campaign in the coming weeks! 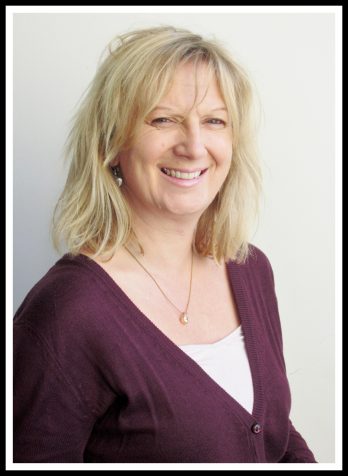 Ruth Dearnley, CEO shared the vision of STOP THE TRAFFIK, focusing on commitment to the power of technology and people on the ground to disrupt human trafficking.

Ruth also thanked our dedicated stakeholders for working with us to shine a light on this hidden crime. She said: “It is only when we work together and share what we know that we will build a picture of what is actually going on. You cannot stop what you cannot see.”

Discussion centred around what we can do together to build resilience within the Bay Area and on a global scale. The fantastic panel welcomed representatives from NGOs and tech companies, showcasing the incredible power of people and technology.  The panel comprised of:

Discussion benefited from the presence of Diane Melley and her team from IBM. STOP THE TRAFFIK’s partnership with IBM demonstrates the power of collaboration and technology in systemically disrupting networks of human trafficking.

In Partnership: STOP THE TRAFFIK and IBM

IBM support STOP THE TRAFFIK in crucial ways. For example, IBM donate i2 analyst software licenses to the CfILP. This sophisticated analysis tool enables building of a rich picture of trends and networks. IBM also provide a database hosted on their SoftLayer Cloud, to receive information  from the STOP APP and other data sources. STOP THE TRAFFIK and IBM successfully work together to harness analytics to transform human trafficking data into actionable information. Notably, crime and intelligence agencies use i2 analyst software to counter terrorism.

Following Together Against Trafficking, Ruth, Neil and Cameron Trimble (Chair of STOP THE TRAFFIK USA) were invited to attend a round-table discussion at Facebook, with a number of NGOs and law enforcement agencies. The discussion focused on how technology and social media can be forces for good. In particular, the potential of technology to help combat the issue of sex trafficking.

In 2018, STOP THE TRAFFIK will launch a multi-medium campaign in partnership with the County Alameda District Attorney’s Office, supported by IBM. The campaign will run on multiple platforms, including social media, billboards, at bus stops, awareness raising workshops and educational programmes.

The content will be informed by  dedicated NGOs and other agencies on the ground, who are experienced in anti-human trafficking work in the Bay Area. STOP THE TRAFFIK will bring together this community with the strong tech presence in the Bay Area, elevating to new levels the work of these organisations.

Together with our diverse partners in the broader Bay Area, we have a unique opportunity to work to reduce the level of vulnerability in communities to human trafficking.”

Watch our blog in 2018 for news on the Bay Area Campaign! Together, we will STOP THE TRAFFIK.

The first step to STOP THE TRAFFIK is to spot it.

Visit the SPOT THE SIGNS page to learn more about the indicators.

If you think you have seen suspicious activity, report it through the STOP APP or on our website.

If you or someone you know is in immediate danger, you should always call 999.

Since he was small, he grew. Furthermore, he sang. Hence, we ran to the shop. Firstly, he sang. Secondly, she ran. Finally, they spoke. Another reason challenged him. Since it scared him, he screamed. In other words, life terrified him. For this reason, the cat ran. In this case, nobody helped. In general, woods scare cats. This is especially relevant. Moreover, clowns turned up. After all, they clapped.