STOP THE TRAFFIK has undertaken research to understand migration patterns and trafficking risks for those fleeing Ukraine. Since the start of Russia’s war in Ukraine, STOP THE TRAFFIK has been conducting interviews with NGOs and academics across various countries to learn more about these issues. These interviews have informed STOP THE TRAFFIK’s Europe-wide, geo-targeted digital prevention campaign. 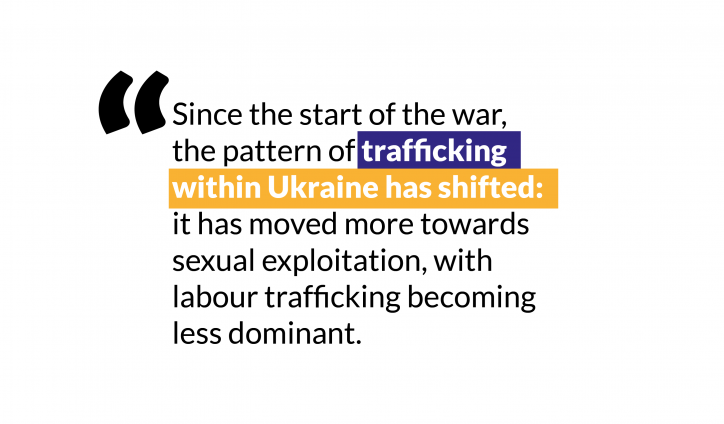 This is STOP THE TRAFFIK’s longest-running campaign to date, providing vital safety information to those who are on the move because of the war in Ukraine. Thus far, we have run a series of interviews across countries such as Ukraine, Romania, the UK, Germany, Greece, and Hungary.

These interviews have provided significant insights into industries and population demographics vulnerable to human trafficking, in addition to migration routes and trafficking risks, highlighting personal stories of those in the know.

STOP THE TRAFFIK, in partnership with Commonweal Housing, ran a 1-hour webinar and workshop to further explain what was learnt from interviews with experts to better understand patterns of migration and trafficking for those fleeing Ukraine. If you want to see the full video click here.