How Volunteering for STOP THE TRAFFIK Shaped my Worldview

Volunteering is an excellent way to meet new people, grow and make a difference, particularly in a time where it is hard to feel connected to the outside world. I became a STOP THE TRAFFIK (STT) volunteer in 2020, after previously being involved with the STT Society at the University of Sheffield. The charity has always been important to me and I’ve followed their work closely throughout the years. I was delighted to be offered a voluntary role in the Communications team working on the brand’s social media content. 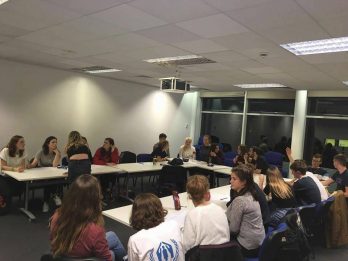 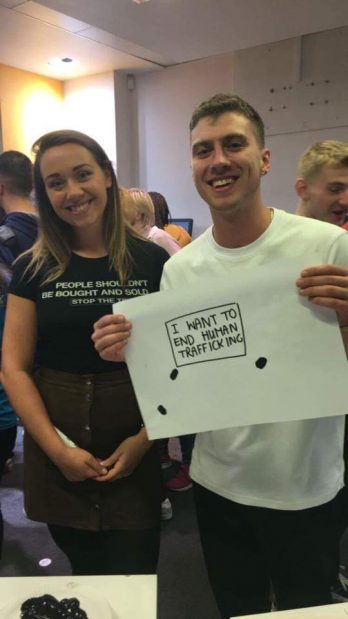 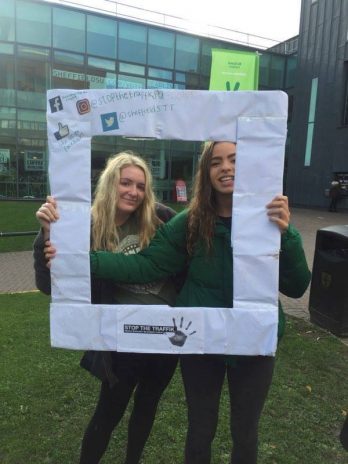 How I got into volunteering and anti-trafficking work

The University of Sheffield branch of STT has been a part of the students union for well over a decade. My awareness of their work began 6 years ago when a close friend invited me to a student-led clothes swap. The meetings’ focus was around human trafficking in the fashion industry. The then-president listed several high street shops that were not transparent in where they sourced their clothes, many of which I was regularly purchasing clothes from. This was my moment of epiphany: when I started noticing the reality and prevalence of human trafficking in our society.

I began making informed decisions when spending money, starting at my choice of fashion retailers, but this quickly grew to encompass all the choices I made – and still make – when purchasing consumer products. I very quickly became aware that modern slavery did not just exist in sweatshops in faraway countries, but reared its head in a variety of hideous and insidious forms all over the world – including right on my doorstep in Sheffield.

My experience volunteering at STT Society at the University of Sheffield

In my third and final year at Sheffield, I was lucky enough to take over as the president of the society. We set ourselves fundraising targets, alongside aims to continue to raise awareness of trafficking. Due to our all-female membership, we targeted the male student body as we felt strongly that there was a lack of understanding of the universal nature of trafficking. We began organising fundraising events that would appeal to a wider audience, such as an amateur comedy night. We pulled a few favours from a brilliant friend and talented Manchester-based comedian, Dan Tiernan, who reached into his comedy circle and hosted a hilarious night. Engaging with up-and-coming artists was a brilliant way of cross-pollinating audiences, raising awareness in a relaxed environment, as well as giving performers a little bit of exposure and a chance to practice material.

Throughout the year, we organised a whole host of different activities, calling in favours from the wonderful people of Sheffield: such as free self-defense classes, clothes swaps, pub quizzes, bake sales, tie-dying sessions and workshops. When we handed over the society in 2017, there were two men elected on the committee, a huge step in the right direction in terms of inclusivity. We also were lucky enough to have the rewarding and enlightening experience of working with The Snowdrop Project in Sheffield. The charity works first hand with survivors of human trafficking in several incredible ways, from counseling to education, house renovations and community activities. The experience was undoubtedly a highlight of my time at University, and feeling part of such a wonderful cause has led me to continue volunteering into my 20’s. 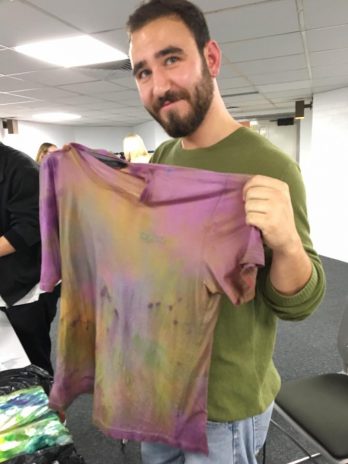 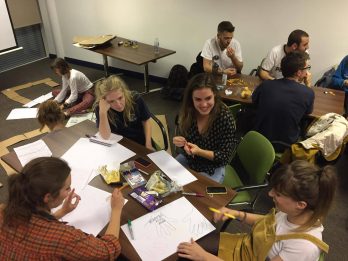 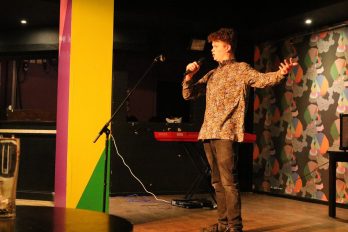 Challenges of Volunteering in the Pandemic

Theo, Abby and Caitlin head up the current society at the University of Sheffield. I was interested to speak with them and find out how the lockdown has affected the society, but I had failed to consider that due to lockdown measures, all fundraising and society meetings had to be virtual. They spoke about the issues they had faced over the last year; they were cautious around asking students, who are already spending a huge amount of time online, to spend even more time behind their screens. “Unfortunately, nobody wants to do pub quizzes every week,” Theo tells me. “When uni is completely online it’s hard to find and retain people”. They have been flexible and tenacious, managing to host successful virtual fundraising events, but also using this time to upskill the members of the society. The relationship with The Snowdrop Project has continued, providing students with volunteer training sessions. They also hosted collaborative society meetings with other university groups; Caitlin hosted a discussion on the intersectionality between climate change and human trafficking with the Sustainability Network. I was impressed by the way they’d adapted their thinking, finding ways to support victims whilst sharing and gaining knowledge even in the face of a pandemic.

I found the most enjoyable part of my experience with STT society to be the fundraising and meeting new and different people, but the lockdown has placed a multitude of limitations on volunteers working to spread awareness. After revisiting my own experiences as a student volunteer and comparing them to those of the current students, what resonated was the determination to adapt, and the value in community. The students’ proactivity and eagerness to continue learning and teaching during these times reminds me of the way the Head Office involve me in their work today.

My current role as a volunteer on the communications team at STT has given me fantastic upskilling opportunities, as well as constant exposure to interesting essays and articles. This has enabled me to continue furthering my knowledge. STOP THE TRAFFIK continues to fight against modern slavery and sow the seeds for a better future despite the challenges of the last year. It has become abundantly clear that although this period has been isolating and restricting, people are finding new ways to collaborate, adjust and fight for change.