Technology has the power to transform lives. It can be used to exploit but, when used to fight for good, it has the power to transform human lives for the better. Technology enables us to reach communities and individuals across the globe to raise awareness of human trafficking, to guide vulnerable people to make better, more informed choices, and to signpost those who need help to safe places for support.

We run geo-targeted awareness campaigns in communities vulnerable to human trafficking around the world, reaching millions of people each year. We overlay data with human insight to determine local hotspots, routes, trends, exploitation types and techniques used to deceive and exploit. Using this information we can effectively target our awareness campaigns, by location, language, demographic and potential vulnerability, to enable communities to take the appropriate action to stay safe and tackle human trafficking.

These awareness campaigns are delivered in collaboration with partners with a key presence within each community. We have, for example, partnered with local organisation including law enforcement, NGOs, churches and media, as well as global organisations including banks and businesses, which are integrated in the local community, often through local branches.

A large component of these campaigns utilise social media to reach these communities at scale and with accuracy but are also supported by community action. This action in the past has included radio advertisement in Nigeria, awareness raising and training with local law enforcement and with bank branches in the UK, billboard advertising in the US, and NGO community programs and awareness raising in East Africa. 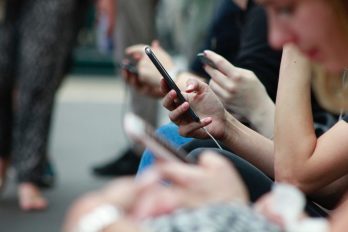 Recently, our MEL work uncovered one of the ways our systemic approach is impactful in identifying and preventing human trafficking. In 2018, our intelligence identified Cambridgeshire and the Fenlands District in the UK as human trafficking hotspots. In response to this, we decided to run a multi-phase campaign in the area, building on our red-flags toolkit (This was a report created by STT which highlighted signs of potential risk in financial flows, which may indicate human trafficking). As part of this campaign we worked with our long-standing partners Barclays Bank and the Cambridgeshire police, training frontline staff in local branches on how to spot potential signs of trafficking. On top of this, we ran a social media campaign with enthusiastic local partners such as local authorities, NGOs and faith groups.

The campaign reached thousands of people, prompted online and offline discussion, raised people’s awareness of their labour rights and introduced them to other organisations where they could seek advice and support. It also led them to change their behaviour in potential human trafficking situations in the future.

Building on intelligence to develop the red-flag toolkit, and then bringing together community actors from local government, law enforcement, banking and civil society made all the difference. Barclays Bank recorded an increase in internal reporting of suspicious behaviour in the area, while the public said they would change their response to potential human trafficking situations. This is how we STOP THE TRAFFIK.